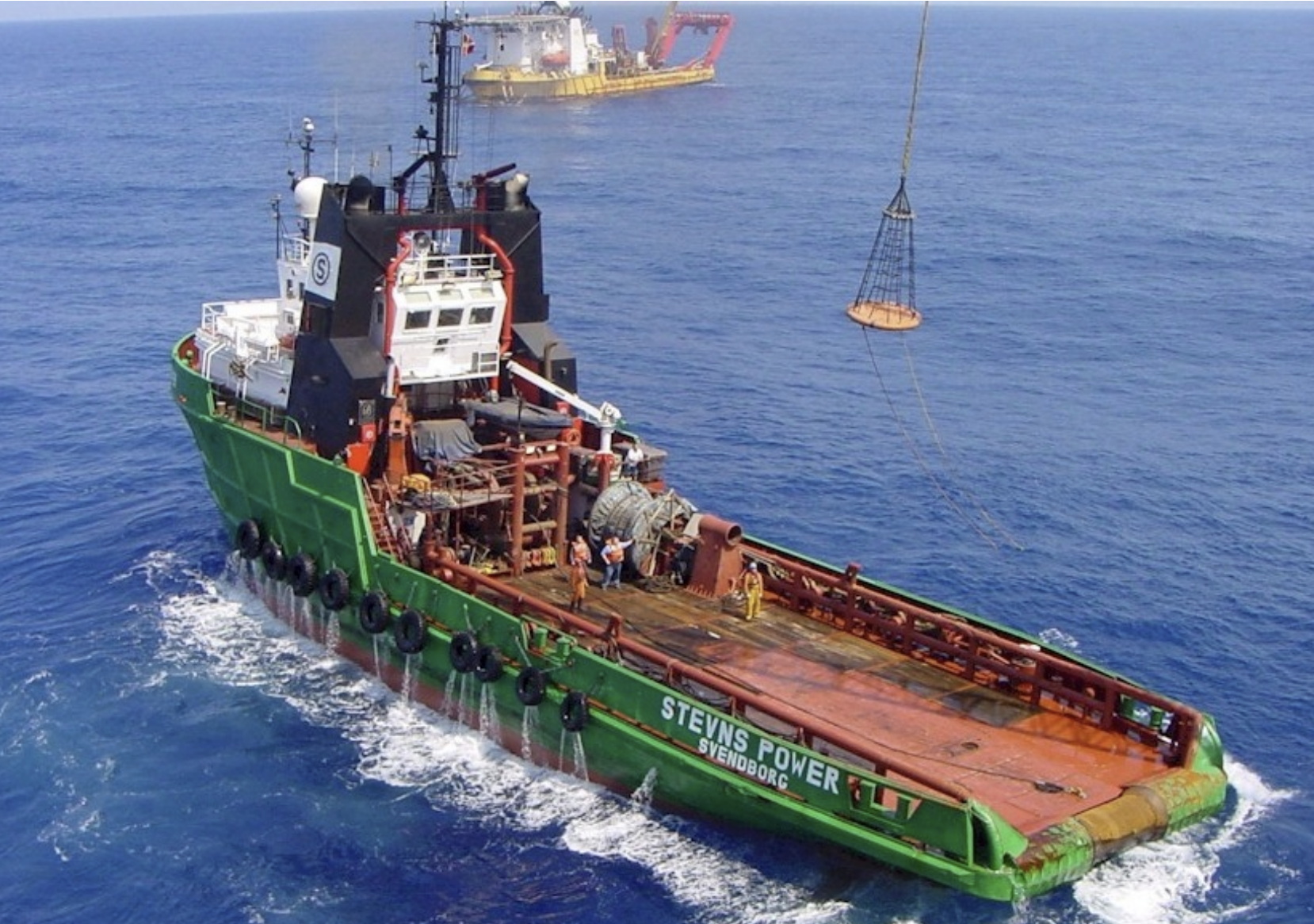 Фрагмент отчета, с кратким описание происшествия:
1. Summary
STEVNS POWER was operating as anchor-handling vessel for the derrick pipe lay vessel CASTORO OTTO that had begun the laying of a gas pipe off the coast of Nigeria. They had begun the laying of the gas pipe in September 2003. However, STEVNS POWER had been operating for CASTORO OTTO regularly the previous two years On 19 October 2003, late in the afternoon, STEVNS POWER was going to relocate anchor no. 10 to a new position. The ship sailed to the anchor buoy, took it on board and pulled in the wire making the anchor clear of the seabed. This was informed to CASTORO OTTO. After this, they began to pull in the anchor wire on CASTORO OTTO. STEVNS POWER was manoeuvring astern towards CASTORO OTTO concurrently with the anchor wire was recovered.
When 2/3 of the anchor wire had been pulled in, STEVNS POWER began to make a turn while the ship continued astern. This was done in order to make the wire follow a straight line to the new anchor position and this was a normal procedure.
During the turn where they continued to pull the anchor wire from CASTORO OTTO, STEVNS POWER’s speed sailing astern reached 6-8 knots, which is high during anchor handling. Furthermore, the pulling of the wire became more athwart because of the turn.
The turn, the relatively high speed and the athwart-ships’ pull made STEVNS POWER heel over. As the ship had a low freeboard, water emerged on the aft deck in the port side.
STEVNS POWER called “stop pulling” on the portable radio, but the heeling over was increasing. At CASTORO OTTO, they had seen STEVNS POWER heel over and they stopped pulling the wire. However, STEVNS POWER heeled over completely and turned upside down. During approximately one minute only, nothing but the stern of the ship was above water.
Rescue boats came to the accident area in few minutes, but even though the weather and visibility were good, none of the 11 crewmembers were found.